Home » News » How to Deal with Disrespectful Teenagers

The teenage years are the most awkward growth stage of an individual’s life. This transitional phase of physical and psychological development between childhood and adulthood is filled with challenges for both teenagers and their parents. Behavioural issues, a rebellious attitude, anger, curiosity and disobedience from their teens are some of the common problems faced by parents of a teenager. Although this phase will eventually pass, there is a need to come up with ways to deal with it in the meantime. Some parents choose to ignore it, but following certain strategies to handle their disrespectful teenagers is important to make them responsible adults and shape their future.

If you’re a worried parent who doesn’t know what to do to handle a defiant teenager, then here’s how you can deal with this difficult situation.

Rude behaviour and disobedience from your child can trigger your anger and make you react negatively. But avoid the temptation. Teenagers love to push your buttons and get a reaction from you. The more you react, the more the teenager will think he/she has power over you. To avoid giving away your power, keep your cool and handle the situation wisely with a better response. With this strategy, your teenager won’t be able to succeed in provoking you. Also, this will help in preventing you from saying something that may worsen the situation and hamper your relationship with your son or daughter.

Sometimes, parents repeat things without intending to do so. Nagging your teen or reminding them about something over and over can irritate them. Many times, it accelerates defiance and rebellious behaviour. Instead of repeating directions or reminding them about a particular task, give clear instructions only once followed with a warning. If they fail to comply, then go ahead with the consequences. Don’t think it is a war between you and your teen, rather it is needed to maintain a peaceful environment and order in the household. 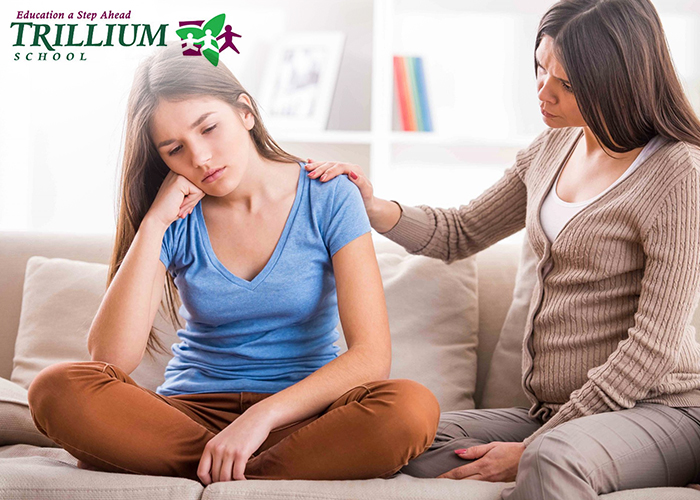 When teenagers disobey or disrespect their parents, there can be an underlying emotional need that isn’t being met. Maybe they need your attention, want to feel accepted in the family or have started developing feelings for a classmate but doesn’t know what to do about it. When they fail to realize what they actually want, they take out their anxiety through anger, defiance and impudence. To deal with this problem, it is important to communicate with your teen. Sit down and talk. Tell them that you love them and you’re always there for them. Ask them to share their feelings and problems so that you can solve them. It will help strengthen your bond with your teen and meet his/her emotional needs.

Parents are powerful role models. The way you behave and talk influences your teen and guides him/her to follow the same now and in the long run. It is not acceptable to call your teen disrespectful if you’re modelling the same behaviour you’re criticizing. To make a good impression on your teen, it is important for you to become an ideal role model. Here’s how.

What you do and say shows your teen how you want them to behave. It will help them understand the difference between right and wrong.

There may be times when conversations between you and your teen turns into arguments. It is common when you’re a parent of a teenager. In that case, use humour to lighten the tone of the conversation, especially in mild situations. Respond with a smile rather than a frown and make light-hearted conversations even if your child responds rudely. But remember, don’t mock or be sarcastic.

Reacting to rolling eyes, shrugs or bored looks from your teen if they’re generally behaving as you want them to will not help. Also, don’t force your advice on them. Learn to ignore a few things to maintain a peaceful environment. They are in the growing stage and may have their own preferences and likings. It is the time they want to be independent so giving them a required amount of space and freedom to make a few decisions is essential. It is perfectly normal. However, if you feel your teenager is doing something wrong, it is advisable to communicate clearly.

Dealing with a defiant teenager along with other daily struggles of life can be overwhelming. But remember that this phase will eventually pass. Follow the above-mentioned tips to deal with your teen’s attitude during this transitional stage. Also, being patient and understanding will help in guiding him/her become a responsible adult and improve the relationship between you two.